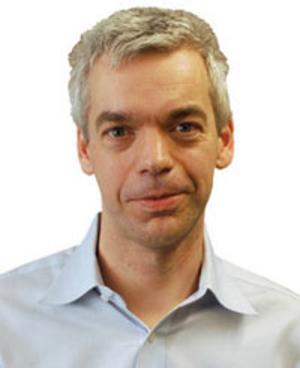 Stefan Andriopoulos is Professor of German and Co-Director of the Center for Comparative Media. His areas of teaching and research focus on German and European literature, media history, and interrelations of literature and science from 1750 to the present. In his latest book project he explores how the emergence of new media coincides with an accelerated circulation of rumors, a concern that pertains to our present day but also to nineteenth-century print media. His previous book, Ghostly Apparitions: German Idealism, the Gothic Novel, and Optical Media (Zone Books, 2013), establishes the constitutive role of spiritualism for the history of philosophy and technology. It was named a book of the year in Times Literary Supplement and has also been published in German and Brazilian Portuguese translation. The Frankfurter Allgemeine Zeitung described its readings of Kant, Hegel, Schiller, and Schopenhauer as "persuasive, precise, and elegant." Focusing on the late nineteenth and early twentieth centuries, Andriopoulos's book Possessed: Hypnotic Crimes, Corporate Fiction, and the Invention of Cinema (University of Chicago Press, 2008) analyzes anxieties about the agency of invisible corporate bodies and the power of hypnotism in literary fiction, silent film, law, and medicine. It won the SLSA Michelle Kendrick award for best academic book on literature, science, and the arts and has also been published in German and Brazilian Portuguese.

Andriopoulos's articles have appeared in such journals as Critical Inquiry, ELH, American Literature, Representations, New German Critique, and the Deutsche Vierteljahrsschrift. He has co-edited a special issue of Grey Room "On Brainwashing: Mind Control, Media, and Warfare" (2011). Other books, published in German, include a monograph on Accident and Crime: Configurations between Literary and Legal Discourse around 1900 (Centaurus, 1996), and two co-edited volumes, 1929: Contributions to an Archaeology of Media (Suhrkamp, 2002) and Addressing Media (DuMont, 2001).

Stefan Andriopoulos has held visiting professorships at Harvard University, in the Department of the History of Science, at the Bauhaus University Weimar, in the Research Center "Medial Historiographies," and at Cologne University, in the Research Cluster "Media, Culture, Communication." He received the Columbia Distinguished Faculty Award for his teaching, research, and mentoring, and he serves as a contributing editor of New German Critique.

Possessed: Hypnotic Crimes, Corporate Fiction, and the Invention of Cinema

Stefan Andriopoulos
Back to Top