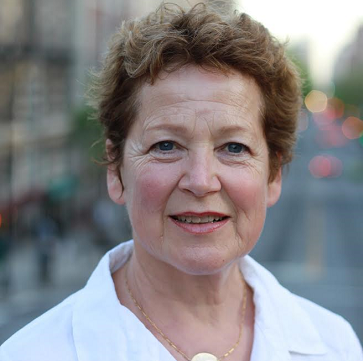 Dorothea E. von Mücke is the Gebhard Professor of German Language and Literature. Her research focuses on German and European literature and philosophy of the eighteenth- and nineteenth century, semiotics, aesthetics and the study of generic and formal innovation in the context of pedagogical reforms and the secularization of religious practices. Her book Virtue and the Veil of Illusion. Generic Innovation and the Pedagogical Project in Eighteenth-Century Literature (1991) studies the emergence of the bourgeois tragedy and the bildungsroman. Body and Text in the Eighteenth Century (1993) gathers an interdisciplinary group of scholars for a discussion of how reading and writing practices of the eighteenth century were closely intertwined with forms of inhabiting a gendered, mortal body. In The Seduction of the Occult and the Rise of the Fantastic Tale (2003) she provides a an analysis of German, French and American fantastic tales of the nineteenth century in light of the history of science and forensic psychology. As a co-editor of Harvard’s New History of German Literature (2004) she has contributed to re-conceptualizing the writing of literary history in view of the ever-changing role of language and the vernacular, models of the nation, history, cultural memory as well as media technological innovation. Her most recent book The Practices of the Enlightenment. Aesthetics, Authorship and the Public (2015) challenges the traditional understanding of the European Enlightenment by showing the strong influence of religious, especially pietistic, spiritual practices on key Enlightenment models of aesthetic experience, concepts of tolerance and forms of autobiographical writing.

Virtue and the Veil of Illusion

Body and Text in the Eighteenth Century

The Practices of the Enlightenment

History and the Work of Art in Sebald’s After Nature

Dorothea von Mücke
Back to Top