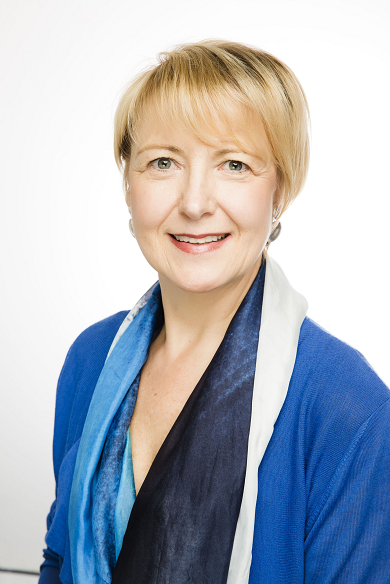 Irene Motyl-Mudretzkyj, Senior Associate in German and Language Program Coordinator, joined the faculty of Barnard in 1998.

She has experience in post-secondary as well as primary and secondary school education, adult learning, and teacher training. Her responsibilities include curriculum and program development as well as teacher training and mentorship. She has directed intercultural teaching practicums for graduate students from the United States and Germany. She has conducted numerous in-service teacher-training and faculty development seminars in New York City, Boston, Atlanta, Montreal, and other cities, and lectured at conferences and workshops in North America and Europe.

At Barnard she has developed content-based language courses such as "Vienna Now and Then," "News and Views: Reception, Reporting and Video Production," "Current Issues: Media and Politics in Germany and Austria," and "In love with Telenovelas" in which conversation, dialogue, and discussion are based on visual images drawn from authentic German and Austrian video and television, film screenings, and current art shows in New York City (offered by the Guggenheim Museum, the Museum of Modern Art, the Whitney Museum, the Goethe Institute, the Austrian Cultural Forum, and other institutions).

She serves as consultant for the AATG Professional Development Program and as teacher trainer for the Goethe Institute Teacher Training Network. She has served on numerous task forces, such as the Deutsche Welle/AATG/Goethe Institute Task Force on classroom use of television and the AATG/Goethe Institute Project "Going the Distance (Long Distance Teacher Training)." She has also directed intercultural teaching practica for graduate students from the United States and the universities of Berlin, Bielefeld, and Munich.