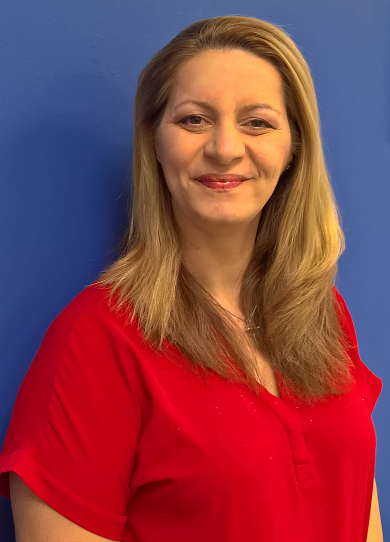 Tina Samartzi is part of Barnard College faculty since 2014, where she teaches Elementary and Intermediate German. Her research interests focus on foreign language acquisition and methodology, materials development, as well as German film. She received her M.A. in German as a Foreign Language Methodology (Hellenic Open University, Greece, 2017). She also holds Bachelor’s Degrees in German Language and Literature (University of Athens, Greece, 1995) and Foreign Languages, Translation and Interpretation (Ionian University, Greece, 2001).

Before joining the German Department at Barnard College, she was part of New York University, serving as the Head of the Language Program and teaching German at Deutsches Haus at NYU (2005-2011). She briefly taught at the CUNY City College of New York and the CUNY Queensborough College and has experience in secondary school education in Greece, where she taught German over 14 years before she moved to New York.